At the start of my junior year, I chose to embark on a new project with the goal of creating my own video game. A lot of my inspiration came from the games I played as a child, the most prominent being Super Mario Bros. I wanted to capture the same feeling I got when I spent hours of my weekends with my brother playing videos games on our Nintendo Wii. 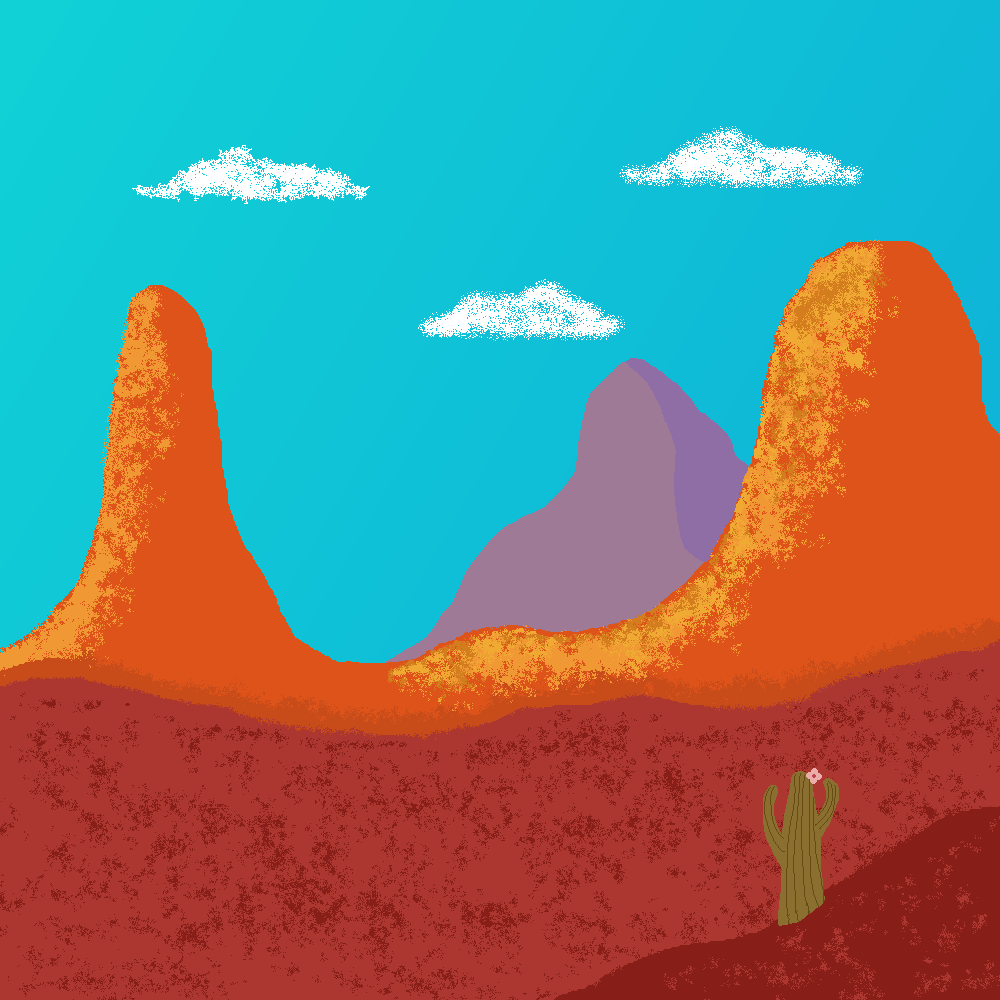 This is one of the backgrounds I made for my game. I chose to go with a pixel art style similar to the style in older Nintendo games. The color palette is also partly inspired by Mario.

This is the main character in my video game. His description in the book Don Quixote, which is what I’m basing the game on, states that he is lanky. While designing him, I struggled with making use of every pixel. It was hard to convey that the character was a knight with only a few pixels, so I had to scale him up in order to get the right look.

Mario does a good job at making use of every pixel! The characters are easy to identify. I really love the simplicity of the original Mario.

In the game Joust, characters fight on platforms in front of a detailed background. This is the layout I wanted in my game, so I’ve designed some platforms for each level.

The style for my platforms was inspired by the video game Minecraft.

I find artists talking about where they got their inspiration pretty interesting, so I wanted to share that with you. Thanks for reading!